All about the LIKES

I have hit the age where nearly everything that comes out of my mouth to my kids starts with: “when I was your age.” I still don’t have the story that ends with me walking 10 miles…uphill…in a blizzard like my Dad did.

The “when I was your age” stories are usually met with disbelief, shock and a few rolling of the eyes. Nothing gets me more eye rolls than when I say this to my 11-year-old tween: “When I was your age, we took a picture and then had to wait 2 weeks for the film to develop!” We would tear into that packaging to see the pictures before we ever left the aisle at K-Mart.

Every picture chronicled an unfiltered childhood of awkward smiles, crooked haircuts and questionable fashion. Nothing was posed or staged…every picture captured each moment of my sassy and ornery personality.  When I flip through the now yellow-tinted family photo albums, I get taken back to a carefree childhood when the only time I was trying to impress anyone, was in the neighborhood kickball game.

Social media has changed everything for our kids.

And it makes me sad.

Our kids are feeling pressured to morph into something that they aren’t in order to impress their peers…to gain acceptance or adoration…to get LIKES.

It’s all about LIKES. Because getting a notification of a LIKE on a picture, is the seal of approval, isn’t it? Our children are putting their self-worth on whether someone likes their picture or not. Thoughts shoot rapidly through the head like “did I look fat? Am I not pretty enough? It must have been a bad picture.”

Nothing is posted without examining every detail of the picture. They edit… filter… shade…highlight…trim.   Kids are filtering out everything that makes them different.  I wish they knew now that what makes them DIFFERENT…makes them GREAT. But at this moment, in the thick of the “judgmental years,” their happiness is often based on other people’s opinions of them.  So they change into who they think they should be…rather than staying true to themselves.

I get it. You don’t want people to talk crap about you.

But let me tell you something…I know this firsthand: It is far better to be talked about and hated on for who you ARE…than adored and loved for who you are NOT.

I want you to meet someone. Take a look at her. 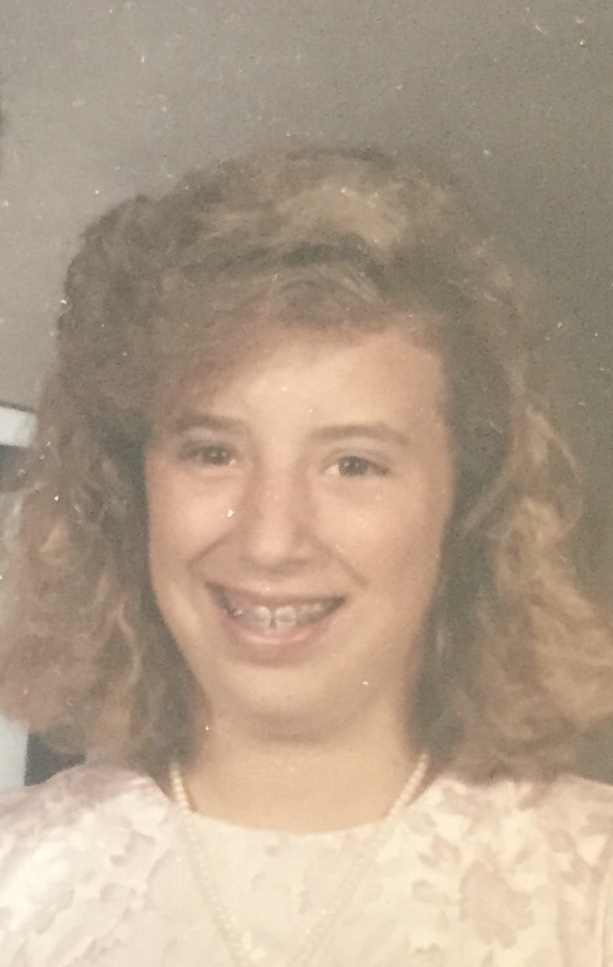 This picture probably wouldn’t have made it on Instagram without first editing out those overgrown brows…smoothing out that frizzy, permed hair…fixing the big ole gap in between her teeth…erasing those pimples on her face…contouring that big nose that people always make fun of.

Giving this picture the Insta-treatment would erase the 13-year-old ME.

My daughter laughs when she looks at this picture of me because I am sure she’s noticing the “imperfections” that social media has trained us to look for.

When I look at this picture I see a 13-year-old kid who has no idea that the stuff she often daydreamed about…will become a reality.

Never trade your authenticity for approval.