This was me yesterday. 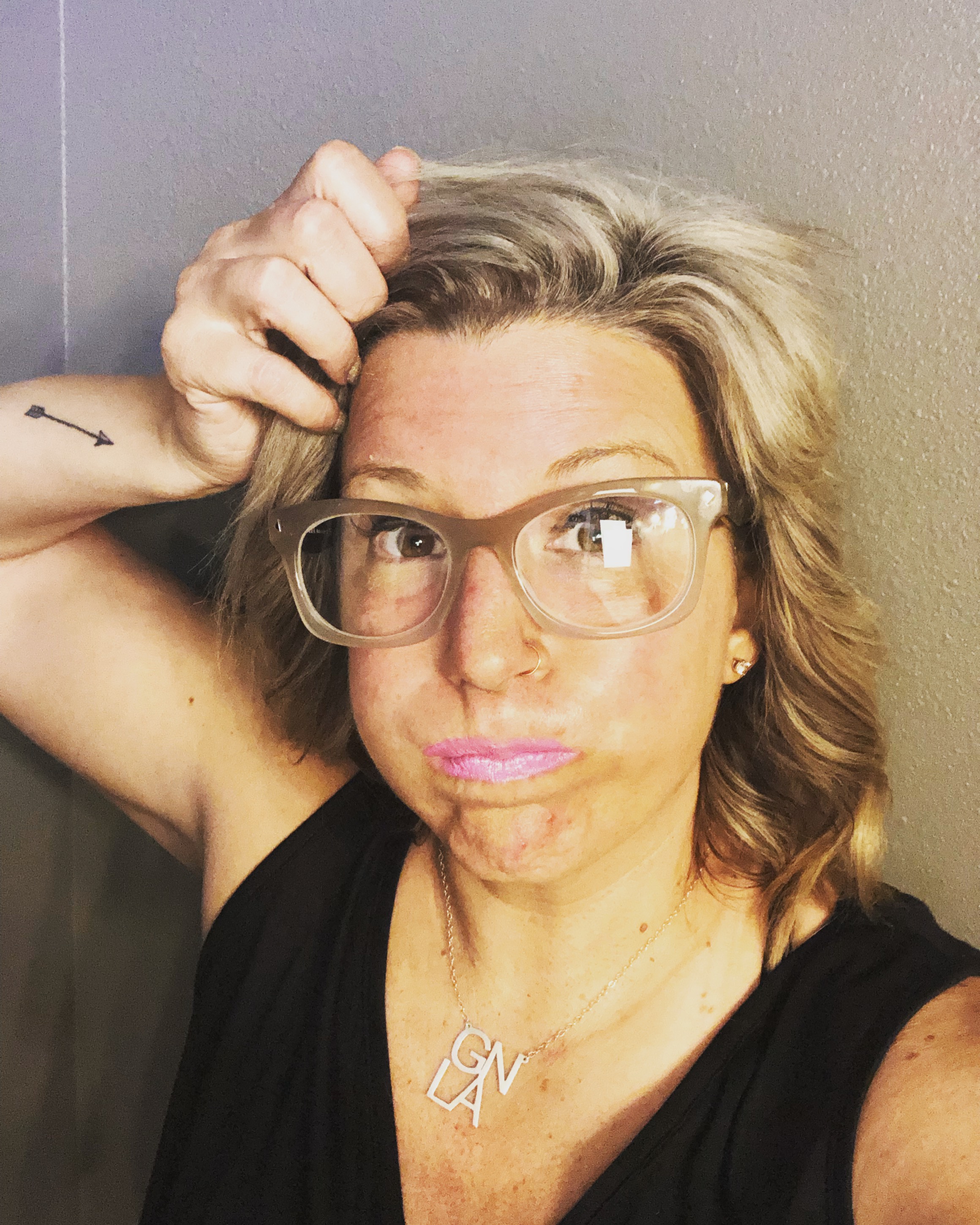 There I am in an extreme close-up…holed up in a public restroom. Why? It was either that or let my temper and “choice” words get the best of me. This is called growth 😉

Long story short, a couple of women were talking about how “tattoos and nose rings don’t belong on a woman, let alone a mother with four children.”

I could go on a day-long rant against the Perfect Polly’s of the world and while just because something doesn’t work for them, it doesn’t automatically mean their way is the right way.

While I never feel the need to explain myself…I would like to share a little bit so I can avoid future labeling and eye-rolling.

When I was 18 years old, I told my parents that I wanted to get a tattoo. My mother responded with: “if you ever get a tattoo, I will burn it off with a match.” Nice mom. Nice.

So within my first few months of college, I headed right to the tattoo parlor.

Back then, you picked your tattoo from the wall. Remember those days? There was no Pinterest or Google to peruse for something with deep meaning. Just a wall full of flowers, Disney characters and dolphins. I picked something that represented my sorority…and said, “go ahead and put it on my ankle!”

Fast forward several years, I wanted to cover it up.

It’s now covered with a purple Gladiolus flower that is wrapped with a rosary. When Perfect Polly sees it, she may want to jump to judgment, and that’s ok. But when I look down, I see a memorial to my uncle. He was one of the most important people in my life and he died a few years ago from pancreatic cancer. The flower signifies remembrance & strength of character…and I prayed the rosary every day asking for a miracle.

The other tattoos I have are just as meaningful…they’re part of my story…my journey. Every time I look at one of them, it takes me back to that moment in my life…whether it was something over-the-moon joyous or a struggle that made me who I am today.   (My mom still doesn’t like them lol)

Oh yeah, and about the nose ring…I actually just got that not too long ago. I have ALWAYS wanted one. But I wasn’t able to get one when I was the “news lady.” After all of the puppet strings and years of following the rules with my hair, makeup and weight…I said screw it. Let’s do it. So yes, this mini-van driving mom of four walked into a tattoo & piercing shop and shouted, “I WANT MY NOSE PIERCED!”

It was just a sparkly stud in my nose but it was so liberating to finally be 100% authentically ME.

One of the women who was taking part in that passive-aggressive, mean girl convo asked me: “Are you afraid of what people will think?”

It’s silly if you think about it and we all get caught up in it don’t we?

We get to be more concerned about what other people think of us rather than being true to ourselves.

Embrace who you are…who you’ve always wanted to be…I guarantee there is no feeling more freeing.

And the people who judge you for it?

Just smile at them. They may have a tad bit of envy that you are the one being unapologetically real.